Each year during convocation, Nipissing University celebrates the value and importance of its faculty through the awarding of the Chancellor’s Awards for Excellence in Research, Teaching and Service. Although we are not able to gather for in-person convocation ceremonies at this time, we would like to recognize and congratulate this year’s deserving recipients of the Chancellor’s Awards:

Chancellor’s Award for Excellence in Research

Dr. Earl is a historian whose research crosses disciplinary boundaries. Focusing on perpetrators of the Nazi Holocaust against Europe’s Jews and the Nuremberg war crimes trials that followed World War II, her research incorporates legal, psychological, and sociological methodologies with oral history and testimony. In contrast to the popular assumption that perpetrators of genocide were poorly educated and therefore easily led, the agents of the state she studies were drawn from the elite strata of German society. She utilizes sources amassed in postwar trials to understand how and why these individuals came to participate in genocidal killing and how the international legal community sought to hold them to account. Along with studying the motives and behavior of perpetrator groups, her research program also integrates the important and often forgotten voices and experiences of victims of the Nazi Holocaust and uses film, photographs, and testimony to centre victim voices. Dr. Earl’s research program trains graduate students in the art of researching, writing, and listening to digital-oral testimony and trial transcripts. She has supervised and co-supervised 16 Master of Arts students and one Post-Doctoral researcher.

Dr. Earl is the author of one monograph, The Nuremberg SS-Einsatzgruppen Trial, 1945-1958: Atrocity, Law, and History that won the 2010 Hans Rosenberg prize for best book in German history. She is the co-editor of two collections of essays on the Holocaust and genocide, the author of twelve peer-reviewed articles and book chapters and has co-authored three amicus curiae briefs to the United States Supreme Court. She has organized major international conferences and workshops and was named the 2015 Holocaust Scholar in Residence by the Sarah and Chiam Neuberger Holocaust Education Centre in Toronto. She has been funded by the Mandel Center for Advanced Holocaust Studies at the United States Holocaust Memorial Museum and the Holocaust Educational Foundation at Northwestern University. She currently holds a SSHRC IDG (2019-2022, extended) for her latest project titled, “Murder on the Beach: A Case Study of a single Einsatzgruppen Execution at Liepāja, Latvia in photographs, on film, and in testimony, 1941, ” and she is in the process of creating a humanities-based Research Centre for the Study of State Violence (C-WAG) at Nipissing University.

Chancellor’s Award for Excellence in Service

The Chancellor’s Award for Excellence in Service was established to recognize the importance of exceptional service of faculty who play a significant role in the education of Nipissing University students. 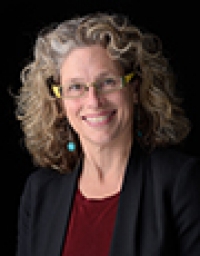 Like all faculty at Nipissing, her teaching areas of expertise have ranged widely to adapt to changing student preference and need and to fill program requirements. However, her principle areas of academic expertise are British modernist writers, such as Virginia Woolf and Edith Sitwell, postcolonial literatures with a particular interest in Caribbean and southern African writing, and 1930s film. More recently, she has been teaching and researching in the area of sport literature, outdoor adventure and postcolonial ecocriticism.

After many years at a small institution, her service record is lengthy and includes several terms as department chair, many years as an academic Senator, and innumerable committees.  Her deep commitment to collective action has led to a term as President of the Nipissing University Faculty Association and subsequently as the President of the Ontario Confederation of University Faculty Associations. Now, Past President at OCUFA, Dr. Gyllian Phillips was recently elected to serve as the Chair of the OCUFA Board of Directors.

Dr. Phillips contributes regularly to solidarity events in the North Bay and Ontario labour community, and is also an active member of Amnesty International, having co-founded, with Dr. Sarah Winters, the Amnesty Nipissing Community Action Circle.  She lives with her family in North Bay, enjoying the lakes, trees and rocks and, every day, is mindful and appreciative of this land and the relations she works to build and maintain. 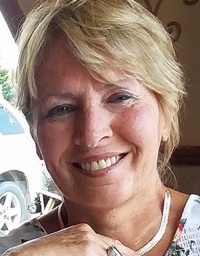 Dr. Nancy Maynes joined the Faculty of Education at Nipissing University in 2005 following a 32-year career as a teacher, a coach for teacher-leaders, a consultant, a coordinator, a vice-principal and principal for the Niagara District School Board.

After moving to North Bay with her husband, she worked for the Near North District School Board as a secondary vice-principal and principal before moving into the university sector. She was first introduced to Nipissing University as a summer instructor for the Principals’ Qualification courses between 1986 and 1993.

Since joining the Faculty of Education 15 years ago, she has taught a variety of courses in the Concurrent Education Program, the Consecutive Program, and the Graduate Program. Her current research focuses primarily on the hiring of teachers. She is also a co-editor, along with Drs. Hatt and Ryan, for the Canadian Journal of Education, widely regarded as Canada’s premier education journal. 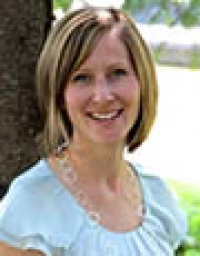 Dr. Laurie Peachey is a certified perinatal nurse with the Canadian Nurses Association and certified simulation nurse educator with the Canadian Association of Schools of Nursing. She has applied her perinatal and paediatric nursing background to deliver several components of maternal-child nursing in the BScN curriculum through a blend of classroom and online lectures, simulation lab and hospital practicum experiences. Dr. Peachey has also organized and co-facilitated the simulation competition at the Provincial Nursing Games.

In her doctoral dissertation in the PhD of Educational Sustainability at Nipissing University, Laurie used phenomenology to examine the lived experience of new graduate nurses and their uptake of maternal-child simulation. Rooted in practice education, Dr. Peachey’s teaching and research interests include the use of simulation, the development of practical wisdom through clinical imagination, and the transition of new graduates in perinatal nursing. She recently completed an Advanced Clinical Practice Fellowship with the Registered Nurses’ Association of Ontario to explore the use of best practice guidelines in simulation to shape learners’ clinical imagination of the nurse’s role in health care.

Dr. Peachey is a member of the Canadian Alliance of Nurse Educators using Simulation (CAN-Sim) and she has contributed to the development of peer-reviewed maternal-child simulation scenarios and virtual simulation games adopted in nursing education across Canada.

The teaching award will serve as an opportunity to add to the activities in nursing scholarship in the School of Nursing at Nipissing University and to carefully capture the lived experience of nursing students and nursing graduates as they participate in simulation-based learning. She aims for sustainability in the development of simulation education by delving into the use of virtual simulation and innovative approaches to practice education during the COVID-19 pandemic.

Bill Steer is the founder and General Manager/Headmaster of the Canadian Ecology Centre (CEC), one of Canada’s leading environmental education centres. The CEC has been in existence for 22 years. Through the Near North District School Board (NNDSB), the CEC has delivered full semester science credits within intensive, two-week sessions.  He is currently a NNDSB trustee and Ontario Public School Board Association director. Bill has taught kindergarten through to Grade 13 and at the post-secondary level.

At Nipissing University, Bill teaches part-time in Geography and Outdoor Experiential Education (OEE) courses, as well as Environmental Science Additional Qualification courses for the Faculty of Education’s B.Ed. candidates and within the BPHE program.  He sat on the original Ontario College of Teachers and the Outdoor Experiential Education committee that developed the OEE AQ. Bill also teaches part-time at Canadore College in Geomatics, the Environmental Technician program and to post diploma students.

Bill is known as ‘Back Roads Bill’ on CBC Radio, PostMedia and Village Media. His most recent book can be viewed at www.steerto.com . He is an honorary member of the Dokis First Nation community.  Bill holds degrees and diplomas from Laurentian University (Nipissing College), McMaster University and Durham College. In 2016, he was selected by the Canadian Institute of Mining as a “Distinguished Lecturer” for his accomplishments within the field of environmental education. He has received a number of volunteer awards from Province of Ontario.

Bill teaches yoga and looks forward to his next Sasquatch encounter.  His daughter Ali is in the second year of the B.Ed. program at Nipissing.