From Einstein to Ligo: The Epic Quest for Gravitational Waves

Dr. Ted Chase (Professor Emeritus) has spent 35 years as a full-time faculty member and academic administrator at Nipissing University. He taught numerous Math, Physics, and Logic courses. As a full-time faculty member, he was active in Nipissing’s governance, serving as Speaker of Senate for many years, as well as Chair of the Computer Science & Mathematics (COMA) Department, Senate representative to the Board and Chair of numerous Senate and Faculty committees. From 1991-1999, he was Dean of Arts and Science and Acting VP Academic. Dr. Chase is also an avid musician. He has composed music/lyrics for theatrical productions and played in local bands in the 70s and 80s.

On February 11, 2016, the U.S. National Science Foundation (NSF), the California Institute of Technology (Caltech) and the Massachusetts Institute of Technology (MIT) jointly announced the first ever confirmed direct detection of gravitational waves, a phenomenon initially predicted a hundred years earlier by Albert Einstein as part of his General Theory of Relativity. What are gravitational waves? Why did it take a century to detect them? How was this finally accomplished? And why does their confirmation matter, anyway? In answering these questions, Dr. Chase will also: (i) pay homage to the unique genius of Einstein; (ii) recognize the major previous advances in science and technology that, together, made this ultimate achievement possible; and (iii) along the way, share a few personal connections with this compelling story. 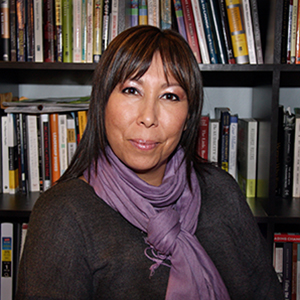 Dr. Shauneen Pete is from Little Pine First Nation (SK). She is the Executive Lead: Indigenization at the University of Regina and an Associate Professor in the Faculty of Education. Dr. Pete served as the Vice-President (Academic) and Interim President at First Nations University of Canada. She is a sought after public speaker and storyteller. She was co-producer for the television program, The Four (an Indigenous women's lifestyle program) and is co-producer with REZX TV out of Regina.

Indigenous communities are complex places with often integrated, and complicated social justice issues. Unraveling the complexity of Indigenous community offers social justice researchers new opportunities for relationship building, and the possibility for innovative research collaborations. Where do we begin? How do we initiate culturally respectful relationships? What are our roles as university researchers?

A Knapsack of Opportunities: Interdisciplinary Studies and Entrepreneurship 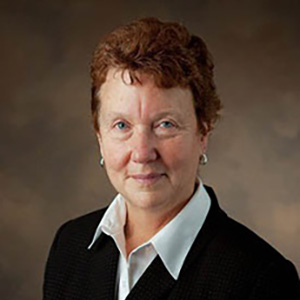 Dr. Wendy J. Wenner has been an integral part of Grand Valley State University since she began her career with the university in 1988. She served as founding Dean of the Brooks College until 2012 and is now a University Professor working with the Provost.

Wenner earned her B.A. in British and American Literature at Carleton College in Minnesota, her M.A.T. in English/Urban Education/Secondary Education from Northwestern University in Illinois, and her Ph.D. in Eighteenth Century British Literature from Marquette University in Wisconsin. Her first job was teaching African-American children who lived in poverty at Lucy Flower High School on Chicago's west side. Changed by the lives she touched and motivated to help others change their lives, she was compelled to further her education. In 1984, she moved to Wisconsin where she continued working in higher education and began to pursue her Ph.D.

In 1988, Wenner began her career at Grand Valley State University as a visiting instructor in the Department of English and was promoted to Associate Professor in 1995. As an advocate for change, she rose to associate dean and then to associate vice president for academic affairs. In her role in the provost's office, she helped reduce pay disparity between men and women and helped establish a procedure for setting and reviewing salaries that ensures equitable pay for both genders.

The Banality of Torture: Violence in an Age of Fear 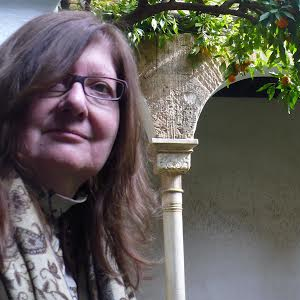 The word torture conjures images of a sinister past with clandestine and secret violations, countered by official denunciations and denials. Yet, increasingly torture is interpolated in cultural representation, government discourse and contemporary public policy debates. Presented as a ‘normalized’ activity in extraordinary times, a feminist lens can destabilize this account and reframe violence within a human rights paradigm.

Dr. Joan Simalchik is the Program Coordinator for Women and Gender Studies and the Associate Chair of the Historical Studies Department, University of Toronto Mississauga. She researches and writes on the themes of gender, migration, historical memory and trauma, and the aftermath of war and dictatorship.

Joan served as the founding executive director of the Canadian Centre for Victims of Torture and subsequently was elected to the International Rehabilitation Council for Torture Victims. She has worked with new refugee communities in a variety of capacities, including as Chair of the Policy Committee of the Ontario Council of Agencies Serving Immigrants. She is a founding board member of the Canadian Centre for International Justice and chairs CCIJ’s Gender Working Group.

As an educator and historian, she designs and implements programs in the areas of psychosocial trauma, human rights and equity, and migration and settlement. She has consulted for governments, non-governmental organizations, universities, schools and boards of education, has coordinated educational and research projects, and facilitated numerous workshops and training modules.

Dr. Simalchik is the recipient of the Jus Human Rights Award from the University of Toronto and the CCVT’s Amina Malko Award for her work with refugee women.

Dr. Elizabeth P. Pressa, Head of the Interdisciplinary Centre for Ideas, Faculty of the VCA & MCM, The University of Melbourne 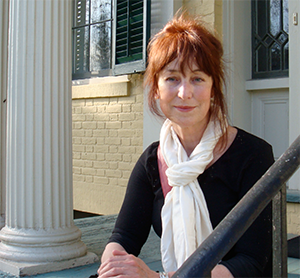 Dr. Elizabeth Presa is a visual artist and Head of the interdisciplinary Centre for Ideas, Faculty of the VCA & MCM, the University of Melbourne. Elizabeth studied Sculpture at the VCA and the Phillip Institute, then completed an honours degree in Art History and Philosophy at the University of Melbourne, and an M.A. and Ph.D. at Monash University. She has an ongoing interest in the interconnections between philosophy and art and how they intersect in interdisciplinary curriculum and research design. Elizabeth has been a visiting artist and scholar at many universities internationally, most recently at Minzu University, Beijing. Artist residencies include several residencies at the Cite International Des Arts, Paris; Nanyang Academy of Art, Singapore, and a Research Fellowship for a project on St Teresa of Avila at the Five College's Women's Research Centre, Mt Holyoke, Massachusetts. In 2013, she was artist-in-residence at Youkobo Art Space Tokyo to research the Ginza beehives; and at Pilchuck glass school in the USA.

Editions Galilee, Paris, presented an exhibition of her work made in response to Chaque Fois Unique by Jacques Derrida, and she has written on the interconnections between Rodin, Rilke, and Blanchot in After Blanchot: Literature, Criticism and Philosophy (University of Delaware). Her curatorial work has included three iterations of Do It? with Hans Ulrich Obrist (see interview in Do It: The Compendium, 2013). Currently she is working on a series of beehive projects titled `Apian Utopias: Small Architecture for Bees' which involves projects and exhibitions in Tokyo, the USA, Beijing, New Zealand, and Australia. Most recently, she has written on art and object relations theory in The Winnicott Tradition: Lines of Development (Karnac Books, London). Elizabeth Presa's work is featured in Verwisch Die Spuren(Diaphanes) by the philosopher Alexander Garcia Duttmann.