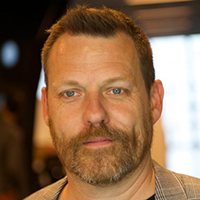 Dr. Adam Nash is widely recognized as one of the most innovative artists working in virtual environments, realtime 3D and mixed-reality technology. Based in Melbourne, Australia, he is a digital virtual artist, composer, programmer, performer, and writer. He works primarily in networked real-time 3D spaces, exploring them as sites of live performance, data and motion capture, and artificially intelligent generative audiovisual environments. His work has been presented in galleries, festivals and online in Australia, Europe, Asia, and The Americas, including SIGGRAPH, ISEA, 01SJ, the Venice Biennale, and the National Portrait Gallery of Australia. He was the recipient of the inaugural Australia Council Multi-User Virtual Environment Artist in Residence grant. He has been artist in residence at Ars Electronica FutureLab. He was awarded an Australia Council Connections Residency in 2009, for which he founded SquareTangle with colleague John McCormick, now called Wild System, developing AI-driven performative collaborations between virtual environments and robots. He was shorlisted for the National Art Award in New Media at the Queensland Gallery of Modern Art in. He has worked as composer and sound artist with Company In Space (AU) and Gibson/Martelli (UK), exploring the integration of motion capture into realtime 3D audiovisual spaces. He was awarded a PhD from the Centre for Animation and Interactive Media at RMIT University, Melbourne, researching multi-user 3D cyberspace as a live performance medium. He is Director of the Playable Media Lab in the Centre for Game Design Research, and Program Manager of the Bachelor of Design (Digital Media), both in the School of Media and Communication at RMIT University, Melbourne, Australia. His academic writing explores the ontology and the aesthetics of the digital, and the connection between the digital and philosophical notions of the virtual. As a PhD supervisor, he specializes in practice-based research of playable digital art. 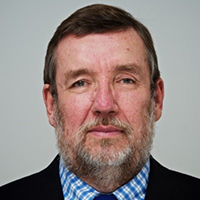 Keith W. Hipel is University Professor of Systems Design Engineering at the University of Waterloo where he is Coordinator of the Conflict Analysis Group. He is Past President of the Academy of Science within the Royal Society of Canada, Senior Fellow of the Centre for International Governance Innovation, Fellow of the Balsillie School of International Affairs, and Past-Chair of the Board of Governors of Renison University College. Dr. Hipel thoroughly enjoys mentoring students and is a recipient of the Distinguished Teacher Award, Faculty of Engineering Teaching Excellence Award, and the Award of Excellence in Graduate Supervision from the University of Waterloo, as well as the 2011 Outstanding Engineering Educator Award from IEEE Canada. His major research interests are the development of conflict resolution, multiple criteria decision analysis, time series analysis and other decision-making methodologies for addressing complex interdisciplinary system of systems engineering problems lying at the confluence of society, technology and the environment, with applications in water resources management, hydrology, environmental engineering, energy, and sustainable development. Prof. Hipel is the author or co-author of 4 books, 12 edited books, more than 290 journal papers, as well as many conference and encyclopedia articles (over 10,360 citations; H-index = 49, i10-index = 208). Dr. Hipel is the recipient of the Japan Society for the Promotion of Science (JSPS) Eminent Scientist Award; Joseph G. Wohl Outstanding Career Award from the IEEE Systems, Man and Cybernetics (SMC) Society; IEEE SMC Norbert Wiener Award; Docteur Honoris Causa (France); Doctor Honoris Causa (Hungary); Sir John William Dawson Medal (Royal Society of Canada); and Engineering Medal for Research and Development from Professional Engineers Ontario. 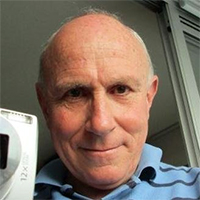 Fred Spier is Senior Lecturer in Big History at the University of Amsterdam. He has organized and taught the annual 'Big History Course' at the University of Amsterdam since 1994; the annual 'Big History Lecture Series' at Eindhoven University of Technology since 2003; and the 'Big History Course' at Amsterdam University College since 2009. As of August 2014 Spier is president of the International Big History Association (IBHA). Spier has performed research in a wide range of academic fields: the genetic manipulation of plants in the 1970s; religion, politics, and ecology in Peru in the 1980s and early 1990s; and structuring and explaining big history from 1993 until today. Over the past twenty years Spier has been developed a general paradigm for big history that is increasingly adopted by other big history scholars. Spier's trend-setting book, The Structure of Big History (1996) offered the first contours of this approach, while his ground-breaking article How Big History Works: Energy Flows and the Rise and Demise of Complexity (2005) presented the first general outline of his explanation of big history, which is valid for all scales of history. His Big History and the Future of Humanity, Wiley-Blackwell (2010), offers a much more detailed version of this argument, including an entire research agenda for big history. This book has received worldwide acclaim, and is now also in use as a textbook for university big history courses around the world. 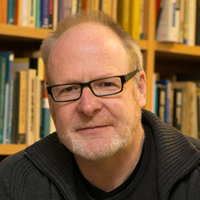 Peter Eckersall is Professor of Theatre and Performance at the City University of New York Graduate Centre (Theatre). He is a specialist of Japanese Theatre and dramaturgy and contemporary performance. He is currently co-chief investigator for an international research project titled New media dramaturgy: how new media transform the composition and reception of live performance (2012-14) that includes comparative perspectives on performance dramaturgy from Japan, Europe, the US, and Australia. Peter serves as the Vice President of Performance Studies international (PSi) and is the co-convenor of the PSi Dramaturgy and Performance Studies working group. He is co-founder and co-editor of Performance Paradigm and serves on editorial advisory boards for About Performance and Museum Tusculanum Press (In Between States series). He is a visiting fellow in the Centre for Interweaving Performance Cultures, Berlin. Peter is the cofounder of The Dramaturgies Project (with Paul Monaghan and Melanie Beddie), and the resident dramaturg for the Melbourne based contemporary performance group Not Yet It’s Difficult. Major publications include: Performativity and Event in 1960s Japan: City, Body, Memory (Palgrave 2013), Theatre and Performance in the Asia-Pacific: Regional Modernities in the Global Era (co-authored with Denise Varney, Barbara Hatley and Chris Hudson, Palgrave 2013), We’re People Who Do Shows: Back to Back Theatre: Performance, Politics, Visibility (co-edited with Helena Grehan, Performance Research Books, 2013), Kawamura Takeshi’s Nippon Wars and Other Plays (ed. and translation, Seagull Books 2011), Theorising the Angura Space: avant-garde performance and politics in Japan 1960-2000 (Brill Academic, 2006). His new monograph New Media Dramaturgy (co-authored with Helena Grehan and Edward Scheer) will be published by Palgrave in 2016. He has published in journals such as TDR, Theatre Research International, Japanese Studies and Australasian Drama Studies.