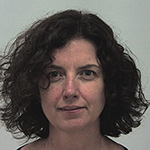 Dr. Sarah Winters is an Associate Professor of English Studies at Nipissing University. She is the coordinator of the Digital Culture and Community Cluster. The Digital Culture and Community cluster embraces all research into both the use of digital tools to ask old questions about culture and community in new ways and the use of traditional methods of inquiry in the humanities, sciences, and social sciences to interrogate the digital world.

Dr. Winters teaches a course on Fan Vids that counts as an elective towards the Digital Humanities Certificate offered jointly through the Departments of English and Computer Science. She has published articles on vidding (the practice of making fan vids) in Transformative Works and Cultures and Children's Literature in Education, and is collaborating with Susan Srigley of Religions and Cultures in the areas of digital pedagogy and the relationship between fandom and religion. 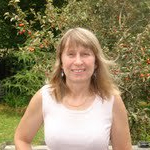 Dr. Laurie Kruk is an Associate Professor of English Studies at Nipissing University. She is the coordinator of the Culture, Creativity, and/of the North. How ‘North’ IS ‘True North’ and how do we embrace that long-standing identification in this globalized Twenty-First Century? Nordicity has historically been about resources, space, silence, potential—perhaps creativity—less so about culture. Northern indigenous cultures, for instance, have often been ignored, supplanted or destroyed by invading outsiders, colonizers, southerners. So, how do we create a truly democratic and creative Northern culture which is both strong and free(ing)?

Dr. Kruk teaches Canadian Literature, Native Literature, women’s writing, and the short story at Nipissing. She has published The Voice is the Story: Conversations with Canadian Writers of Short Fiction (2003) and is currently working on a book on the Canadian short story’s “double voice.” She has also published three collections of poetry: Theories of the World (1992), Loving the Alien (2006), My Mother Did Not Tell Stories (2012). As a long-time member of the local “Conspiracy of Three” reading series, Kruk enjoys engaging “town” and “gown.” In May 2996 and 1997, as a new arrival at Nipissing, she co-organized two interdisciplinary conferences “Visions of the North, Voices of the North” with Professors Tony Blackbourn (Geography) and Bill Plumstead (English) and was a member of the organizing committee for a third (“The North in Film”) in May 1998. 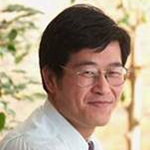 Dr. Haibin Zhu is a Full Professor and the coordinator of the Computer Science Program. He is also the Founding Director of Collaborative Systems Laboratory at Nipissing University and the coordinator of the Environmental Health and Technology cluster. The eHealth and Technology Cluster actively engages information technology (IT) to improve both quality and access to health care for the people. Its aim is to investigate the related challenges in health sectors that might be solved or supported with IT.

He has published 130+ research papers, four books, and two book chapters. He is a senior member of IEEE and is serving and served as co-chair of the technical committee of Distributed Intelligent Systems of IEEE SMC Society, guest (co-) editor for 3 special issues of prestigious journals, and organization chair for many IEEE conferences. He was a Program Committee (PC) Chair for 17th IEEE Int’l Conf. on Computer Supported Cooperative Work in Design, Whistler, BC, Canada, June 27- 29, 2013. He also served as PC members for 50+ academic conferences. He is a founding researcher of Role-Based Collaboration and Adaptive Collaboration. He is the recipient of the chancellor’s award for excellence in research (2011) and two research achievement awards from Nipissing University (2006-2007, 2012-2013), the IBM Eclipse Innovation Grant Awards (2004, 2005), the Best Paper Award from the 11th ISPE Int’l Conf. on Concurrent Engineering (ISPE/CE2004), the Educator’s Fellowship of OOPSLA’03, a 2nd class National Award for Education Achievement (1997), and three 1st Class Ministerial Research Achievement Awards from China (1997, 1994, and 1991).