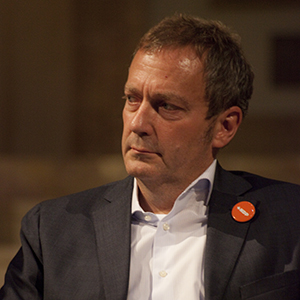 Noah Richler produced and hosted documentaries for BBC Radio for fourteen years, a number of them prize-winning, before returning, in 1998, to his Canada to join the fledgling staff of the National Post. He has worked in bars, mines and on a lobster boat in Nova Scotia, as a jughound for a seismic crew in the Prairies, produced theatre from the Rockies to Kenya, and was the Literary & Ideas curator for Luminato, a major Canadian arts festival. He fell in love with roaming Canada when, not yet sixteen, he was hired as a prospector’s assistant working out of the Yukon. Now he is an author, journalist, cultural critic, occasional broadcaster and former political candidate. He has won three gold National Magazine Awards and his first book, This Is My Country, What’s Yours? A Literary Atlas of Canada (McClelland & Stewart, 2006), was named one of the Top Ten Books of the Decade by Macleans magazine, was nominated for a Writers’ Trust Non-Fiction prize and won the 2007 British Columbia Award for Canadian Non-Fiction. His penultimate book, What We Talk About When We Talk About War, (Goose Lane Editions, 2012) was a finalist for the Shaughnessy Cohen Award for Political Writing and the Governor-General’s Literary Award for Non-Fiction and nominated for several other prizes. His most recent book is The Candidate, Fear and Loathing on the Campaign Trail (Doubleday Canada, 2016), a provocative look at the last election from the point of view of a campaign on the ground. It was nominated for the Shaughnessy Cohen Award for Political Writing and a Stephen Leacock Award for Humour, and has been optioned for television. Noah is a fellow of the Royal Canadian Geographical Society and divides his time between the Digby Neck, in Nova Scotia, and Toronto, Ontario.